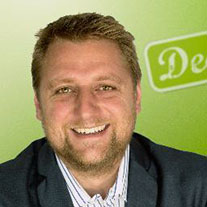 Iain Dooley is a co-founder of The Australian Employment Party, a new and very minor Australian political party dedicated to the implementation of Modern Monetary Theory. If you are unsure of what that is, you can read about it here and here and here.

Iain has bravely suggested that, given the current political atmosphere in Australia being so fragmented, that it is a great opportunity to consider something different. he writes:

I started work on the AEP because I wanted to do one thing:

I wanted to do senate estimates like Scott Ludlam with someone from treasury or the RBA and get them to admit on camera that the government is not dollar constrained.

That taxes and bond sales do not finance spending.

That we can adequately fund health, education, social security and full employment without tax increases.

That we don’t have to grovel to the private sector for jobs and perpetuate environmentally destructive industries.

That poverty and misery and exclusion and inequality are solvable problems with a couple of tweaks to how we run our economy.

If you’ve never seen Scott Ludlam do senate estimates, do yourself a favour and look it up on YouTube.

In particular his sessions with heads of NBN Co and the F35 JSF project are just fantastic to watch.

… but with a staunch message about Modern Monetary Theory and Functional Finance at the core of everything I say and do in politics.

So what’s the quickest path to that reality? I am continuing to build membership and hoping to get the party registered but someone said to me the other day:

And I fear this is correct.

There are a TONNE of minor parties.

When I started the AEP, it was because there weren’t any parties out there that talked about MMT.

And I really looked. Starting my own party was not my first choice, but I couldn’t wait to start getting the word out and winning some hearts and minds in battlefield #auspol.

At the back of my mind, though, it’s always been sitting there, and hearing that phrase “minor party fatigue” brought it to the fore: the concern that the AEP would never be anything more than noise.

No minor parties, not even The Greens, have succeeded in getting anywhere NEAR forming government…

… and if we are really going to break the neoliberal stranglehold on this nation we can’t work with the major parties: they are deadlocked.

Even the ALP who once were the champions of full employment policy, have painted themselves into a corner and cannot reverse position now.

The best we will ever have under Labor is a bit of Keynesian pump priming.

No, we cannot go to the major parties and win from the inside.

Even The Greens, despite internal and external pressure over several years have not budged any further away from the neoliberal economic management framework.

No, we HAVE to start smaller, and build from there.

The interesting thing, though, is that if we have a populace fatigued by minor parties that must mean there are a lot of minor parties.

In the aggregate, all these minor parties must represent a significant portion of the electorate and if we were to draw a Venn diagram of policy I think there would be a LOT of overlap.

So what I’m interested in doing is analysing minor party policy through the lens of MMT and identifying how we can resolve any conflicts between them and form an amalgamated, broadly anti-neoliberal party with MMT at the economic core and the socially democratic principles that seem to be common to about half the minor parties out there.

Tim and I discuss the concept in this week’s episode of Let’s Get Fiscal:

and I put together a list of minor parties who I think would be open to a broadly anti-neoliberal/MMT based platform here:

I think that it will be a valid project to look at their policies and analyse where the potential conflicts and resolutions are, then stage a conference for all leaders and their national executives to present MMT and our proposal for some form of unification.

That analysis is a pretty big job though… I hope you can help.

Let me know what you think anyway.

Tim and I are still going to keep doing what we are doing to build the AEP to registration in the meantime, but I’m aware that there are may be faster ways to fulfil my senate estimate dreams and get the MMT message into the public discourse.

Thanks as always,
Iain

PS: If you prefer audio podcasts rather than videos on YouTube you can subscribe via iTunes https://itunes.apple.com/us/podcast/lets-get-fiscal/id1126315509?mt=2 or directly from this link: http://www.australianemploymentparty.org/podcast.xml