The Failure of Mainstream Media. 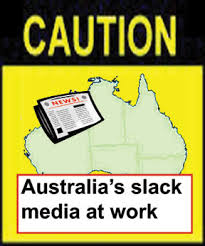 The way in which the mainstream media (MSM) chooses to report and discuss the economy, i.e. in conventional neo-liberal terms, reinforces the notion that the economy is some sort of God who must be served and obeyed by the people in one particular way to the exclusion of any other. This is a false concept wrapped in metaphorical jargon that has not only poisoned our minds but, in the process, allowed us to become enslaved to its will.