If we can stop the boats and save a life that is a good thing, but if the original intention was simply to stop them coming because it was considered a vote winner, that is inexcusable. So, what will it take for this brutality to be a vote loser? 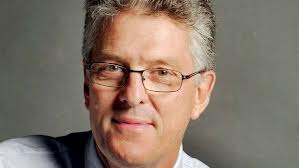 Author and journalist David Marr made an interesting observation on the ABC’s Insiders program last Sunday. He suggested Australians might be willing to countenance the unbelievable cruelty being exacted upon asylum seekers at Manus Island and Nauru if they thought it was a one-off effort that would bring an end to the boat people risking their lives to come to Australia. David concluded, however, that if this was what people thought, it was a false expectation. He was certain that the boat people would not stop coming, not now, not ever; and he is right.

If Tony Abbott and Scott Morrison think news of unbelievable cruelty at Manus Island and Nauru detention centres will filter through to those who are seeking to find another country to live will succeed, they are wrong. Why? Because always there will be other ways for people smugglers to continue their trade and adapt to…

One thought on “What Unbelievable Cruelty”