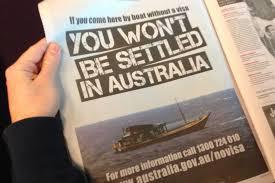 Within our own family units we live for each other, for our children, for the good of everyone in the family, but it seems once we step outside the front door it’s a different story. Life becomes a rat race where a dog-eat-dog mentality takes over. It’s a jungle out there and we must survive and prosper or perish. That brings about a radical, even werewolf transformation as we skip down the driveway, walk to the bus stop, or jump into the car to head off onto the freeway. Out on the street, we are different. There we cast off our benevolent, compassionate, kind hearted, empathetic approach that defines us as caring family members in favour of full battle dress, armour and weaponry to get us through a day that will bring constant challenges; where conflict with those who would unseat us and claim the spoils is ever present. It’s a jungle out there.

To help us survive this onslaught we are always open to the advice of the three wise men of the jungle; the financial advisor, the pastoral advisor and the all-purpose guru of modern life: the talk-back radio jock. As our anxieties increase, we are all too ready to succumb to the ranting of some journalists and talk-back radio hosts who delight in scaring the crap out of us with doom and gloom stories, all of which might be good for their ratings but are bad for our sense of justice, compassion and simply being good for goodness’ sake. We don’t want to be bothered with difficult issues that call on us to take a stand. It’s easier for us to listen to anyone who presents an argument that supports the path of least resistance. I have listened some mornings and afternoons while in the car as some talk-back radio jocks have launched an almost hysterical tirade against asylum seekers, as if our country was being invaded. I can therefore understand how the easily led listener succumbs to the temptation that they might be right. It is not difficult to frighten people.

But those who give in so easily should stop and think because something is happening, as I write, that characterizes the very nature of the problem and demonstrates the extent to which this way of living our lives, is counterproductive. Presently there’s a growing population of asylum seekers stuck on Christmas Island and two other hellholes, one in New Guinea, the other Nauru, who want to come to Australia or anywhere else that will take them because they believe they are no longer safe in their own country. The legacy of Tampa, that haunted Kim Beazley, Kevin Rudd and Julia Gillard and now plays to the delight of the Abbott regime, is redefining our national identity, i.e. what it means to be Australian. The Coalition has made great capital of the notion that if we let a few boatloads of refugees into our country we are going to be overrun by hoards of Afghans, Iraqis, Iranians, Sri Lankans or anyone else who tries to come here to seek a better life. Yes, we have a generous refugee policy but there are some 40 million human beings in refugee camps around the world (5 million this year alone) and some have been there for as long as ten years. It’s easy to see, therefore, why refugee camps are not all that attractive to people fleeing war-torn regions, oppressive regimes and hunger ravaged countries, opting to sell all their possessions to raise the money to pay some miserable people smugglers to bring them to Australia.

We have nearly 2000 people stuck in these concentration camps now who are wondering what will happen to them while we barely care. From a purely economic point of view it would be cheaper if we let them in. Goodness knows, they might even become productive citizens and generate more employment. At the very least, we could demonstrate some empathy by processing them onshore rather than have some cash starved Pacific country do it for us. The United States once opened out its broad arms of welcome and said,‘give me your poor, your weak, your hungry . . .’ . Well, notwithstanding all their difficulties, they didn’t make too bad a fist of it over the last century. Imagine if the Aborigines had a policy in 1788 that said, ‘We will decide who comes to this country and the circumstances under which they come,’ what would Captain Arthur Phillip have done? But the government won’t do that because it believes, with good reason, that maintaining a hardline on the defenseless asylum seekers is a vote winner. It is politically beneficial to keep them locked up and locked out. Good politically but morally bankrupt.

This brings me back to Australian radio shock jocks. They are the front line of popular opinion for about 20% of the population. I’m wondering what motivates them when commenting on the issue of asylum seekers. The question I ask of those commentators who promote such pathetic objections as: we can’t afford it, they are queue jumpers, we have a proper system to handle refugees, it only encourages the people smugglers and anyway, they are wealthy people paying thousands of dollars to get here, is this: What is it that you fear? Are your efforts in trying to scare the life out of simple minded and poorly engaged Australians an accurate reflection of what you really believe or is there some deep seated more sinister reason that might better be described as bigotry, prejudice, racism or narrow-mindedness that lurks in the back closet of your mind? Or is it just ratings?

To those who harbour anxiety and fear and are influenced by these and the other two wise men of the weak and easily led, I recommend that they visit that dark corner of their psyche, confront their perceived fear and analyze whether they are applying the same consideration to the plight of a few hundred people on a leaking boat, to how they care for the needs of their own family. If they try that little exercise, they might find their fears evaporate into the nothingness. That’s right. ‘There is nothing to fear except fear itself,’ to quote Franklin D. Roosevelt. Mind you, he was the man who authorized the construction of the first Atomic bomb, so I guess he was afraid of something. But notwithstanding that error of judgement, he was right.

It’s no surprise that Tony Abbott’s obsession with stopping the boats and Scott Morrison’s action in developing new and ever more heartless methods to dissuade others from coming here is political. They have one eye on public perception and the other on history. It worked for John Howard who was facing defeat in the 2001 election. I suspect Tony and Scott both believe those observations haven’t changed. They regularly voice their concern for the safety of these poor individuals in leaking boats on the high seas but that doesn’t stack up against the callous way they treat them when they arrive. It might be a reaction to what they think Australians want, but that is weak, populist leadership. What the people want isn’t always what’s good for them. Nor is it morally right.

Each December, Christians all over the country pause from their frantic lifestyle of enrichment to acknowledge the birth of a religious cause that supposedly champions the weak, the poor and the downtrodden. In reality, it doesn’t do anything of the sort; it just pretends to do so while its leaders live in luxury and guard their wealth tenaciously. That so many politicians today publicly support the continued persecution of asylum seekers makes a mockery of their claimed allegiance to the Christian faith. That includes Tony Abbott, Scott Morrison, Joe Hockey, Christopher Pyne, Kevin Andrews and most others. It makes me glad I’m not a Christian. It makes me realise, that for all my faults, I’m better than that.

John Kelly is 68, retired and lives in Melbourne. He holds a Bachelor of Communications degree majoring in Journalism and Media Relations. He is the author of four novels and one autobiography. He writes regularly on his own blog site, covering a variety of social, religious and political issues. 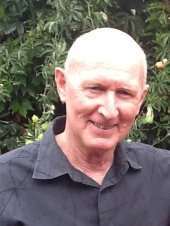 4 thoughts on “WHERE HAVE ALL OUR VALUES GONE?”