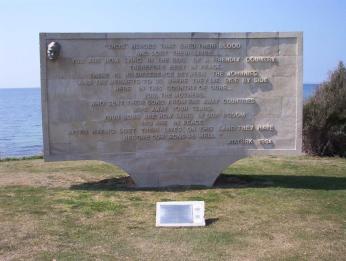 Gallipoli is where Australia’s national identity was forged; where the cream of Australian youth gave their lives in the Great War. Watching Anzac Day marches on television and learning of the exploits of brave soldiers at school is important but for a proper education those examples run a poor second to the experience of being there in person. Today, thousands upon thousands of Australians make this pilgrimage every year and come away overflowing with humility.

Getting to Gallipoli means first travelling to Istanbul. But this daunting city of nearly 14 million people will captivate you with its stunning architecture, cultural idiosyncrasies, its food, its historical significance and its geo-political importance long before you arrive at Anzac Cove. Likewise, Istanbul’s famous ‘carpet sellers’ will also distract you from your pilgrimage as will  Topkapi Palace, The Aya Sofia Museum and the Blue Mosque. 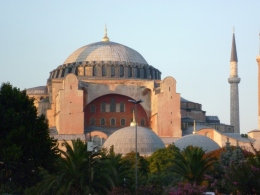 Istanbul spans two continents, Europe and Asia , a city sliced in two by the Bosphorus Straits. Hiring a car and driving to the Gallipoli Peninsula is not recommended. You might spend half the day getting out of Istanbul. Better to join a tour group and ride in a luxury coach with a well versed English speaking guide who will pick you up from your hotel and take you to the Battlefields returning to Istanbul the same day. The coach takes you via the coast road beside the Sea of Marmara. It is a four hour journey with comfort breaks along the way. The first stop on the peninsula is Golden Beach, a flat area where the Australians were meant to have landed. You then travel up an incline, below which is Anzac Cove, a pretty little beach surrounded by steep rocky hills. This is where our soldiers did land and you can see immediately why their mission failed. Turkish defense units above them gave them no chance. A short distance away is Lone Pine Cemetery, a moving monument to honour extraordinary bravery. Further up the hill is the Turkish monument to honour their dead. The tour guides are well versed in the events of April 25 1915 and the trip is a sombre reminder of the folly of war but perhaps the most comforting experience is to read the words of Attaturk, the founder of modern Turkey and military commander during WW1. On the special wall memorial erected at Anzac Cove the respect shown by the Turkish nation to the Australians is deeply moving. In part it reads, “You, the mothers who sent their sons from far away countries, wipe away your tears; your sons are now lying in our bosom and are at peace. After having lost their lives on this land they have become our sons as well.”

For those keen to enjoy more of this part of Turkey, the nearby town of Eceabat is where the ferry’s cross the Dardanelles to Çanakkale and the ancient city of Troy.