Putting the complexity of debt and deficit into simple English and exposing the hypocrisy of Joe Hockey’s references to Labor’s economic management.

Why Joe Hockey will rue the Howard Government’s fiscal mis-management.

Have you ever thought what would happen if everyone in Australia went to their bank and asked to withdraw all their money, all on the same day? Ask Joe Hockey. He will tell you the crisis such an event would kick start doesn’t bear thinking about. He’s right about that. The first customers to arrive would be successful but somewhere down the queue the rest would be told the money had run out. Surprised? No, and you shouldn’t be, but that is just the beginning. Have you ever asked why the banks could not pay out their customers’ deposits? No prizes here; the answer is relatively simple: they lend most of our money to entrepreneurs like you and me so that we can build houses, start businesses and so on. In turn, they receive interest on those loans some of which comes back to us as interest credits.  All sounds good doesn’t it?

In fact, it isn’t good. It’s nothing more than a smoke screen cleverly masking something far more sinister; something that makes fools of all of us and which, if we wanted to, we could collectively act to bring undone. We won’t, of course, because in destroying this obscene arrangement we would also destroy ourselves.

Over the latter half of the 20th century the money game has become incredibly sophisticated. It has evolved to a point where, today, it is so complex and difficult to understand, only a few at the core actually know what is driving it and only those at the core know what disastrous consequences await the world should it ever be dismantled. Yet, dismantled it should be because it offers nothing but misery and uncertainty for generations to come. Why? Because  today, we are living off the expected profits of future generations and they will only have to do the same when their time comes or suffer the same fate we are desperately trying to avoid. One thing is certain: it has a use-by date. 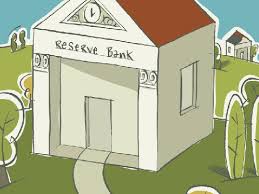 It’s all to do with debt and deficit and where the money that funds debt and deficit comes from. We call it money but it is really currency. Money is something of value, something that can be bought and sold. Coal is money. Currency is the transfer of securities posing as money.  Issuing bonds to finance infrastructure, social services and wars, is currency. What we deal with today is currency. When a government wants to undertake a project that it can’t pay through taxation revenues it issues bonds that are usually snapped up by banks. Banks love bonds because they are a cash cow in ways the average man or woman on the street doesn’t understand. If they did, they would be outraged. When a bank buys government bonds it receives interest on those bonds but it also uses those bonds as collateral to receive currency from the Reserve Bank. So, it wins twice, because it calculates its asset value by including both the value of the bonds as well as the currency it receives from the Reserve Bank. That currency is then used to lend to other interest producing sources. The thing to understand here is that the Reserve Bank doesn’t have the money to do this either, so it also borrows or simply creates money by writing a cheque to finance the deal with the banks. In turn it gains interest on the deal which it uses to pay a dividend to its depositors. All along this weird currency trail, debt is building up for all the players. In fact, none of them are solvent in the true sense of the word. They are all hedging on the future. It’s a vicious cycle where each institution is receiving currency and passing it on while receiving and paying interest along the way.

None of these institutions actually has the money in their vaults to support their transactions. Their borrowings expose them in ways that make a mockery of the true value of money. This could be demonstrated easily if everyone went to their bank on the same day and withdrew their money. It would expose a flawed system that lives off credit to a point where, one day, this paper thin economy will collapse. When that collapse comes, as it most certainly will, the hammer will fall hardest on the countries who have the highest national debt levels. The US is the most vulnerable right now and the only way it can avoid total collapse is to continue borrowing and printing currency. It is gambling on future generations creating wealth, i.e. money. But those future generations are going to be so overburdened by debt inherited from what is happening today, that they will not have the capacity to create real money. They will simply opt to continue borrowing. There’s a well known saying that if I owe the bank $100,000 and I can’t pay, I’m in trouble. The bank will sell up my home. But, if I owe the bank $1,000,000 and I can’t pay and my home is not worth $1,000,000 then the bank is in trouble. Now multiply that by trillions of dollars, money that has no security to support it and what is the outcome? This, as everyone knows now, was the blueprint for the GFC. There was a time when a country’s risk value was based on its gold and silver reserves; real wealth…money. Today it is based on pure speculation of short term return. Value today, is no more than numbers in a computer. It is not backed up by hard cash.

The only upside to this depressing story is that here in Australia, we have a very low debt . . . for now. But, Joe Hockey knows only too well that the present situation is going to change. By 2016 our national debt will be around $400 billion up from $244 billion as at the end of August 2013. The Treasurer acted quickly to increase the debt ceiling to $500 billion in full knowledge that forward projected revenues will not be sufficient to cover what we intend to spend. He doesn’t want to do it again, but he may well have to if China continues to take less and less of our coal. The tragedy is that it could have been a good deal less if the Howard government had been more fiscally responsible; the government in which Joe Hockey was a minister. Back then, China was our best friend generously contributing a windfall of money to our revenue stream that, had it not been wasted in unnecessary vote buying in the form of middle class welfare programs, could have been deposited in the future fund and placed us in a much stronger position than we are now. The Howard government, to its credit, did pay off our national debt, thanks to China, but had a lot left over. It opted to spend that excess to make itself look good. It rode on the wave of a private debt bubble that ended with the Global Financial Crisis. Long term management was overlooked in favour of political expediency. 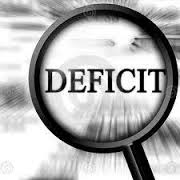 Joe Hockey will be reflecting on this lost opportunity now as he grapples with the reality of having to increase national debt in the absence of a wave of private debt that kept our economy on such a firm foundation in the 1990’s and early 2000’s. And, while he will do everything in his power to convince us that Rudd and Gillard’s Labor is the culprit, it is his own former government’s actions coupled with the international abuses of real money, present and past, the constant merry-go-round of currency trading between banks and governments that must assume the guilt. When the GFC hit, private borrowing stopped and only government debt saved us from disaster. Nothing has changed. If Hockey doesn’t know this now, he will soon. Six years is no more than a blink on the horizon in currency trading.