It’s all how you see it. 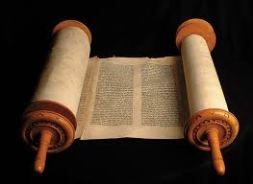 Monotheistic religions have no more of a claim on truth than polytheistic religions. Where Polytheistic faiths claim a god for this and a god for that, the monotheists claim their one god has an answer for everything, effectively reducing him to an ‘all-purpose god’. This maybe convenient but it does not diminish the claims of polytheists. The Common Era monotheistic faiths place too great an emphasis on the Bible without demonstrating some alternative corroborating source. The Bible is a collection of books assembled together to form one reference point; again, this was a matter of convenience for the Catholic Church which wanted a fundamental foundation upon which to build and grow. The authors of the books therein are, by and large, unknown. The authors of the Torah are unknown. The authors of the Psalms, Songs of Solomon, and the books attributing the words of the Prophets (Isaiah, Micah and the like), are all supposition and guesswork. The authors of the Gospels are unknown. Of the fourteen letters attributed to Paul, only seven were actually written by him, the rest being written after his death and tagged with his name to give them some credibility. The author of Revelations is unknown (and in serious need of psychiatric counselling). The words of the Prophets are (for their time) a way of explaining matters they did not understand. To continue to adhere to the words of the prophets today is reasonable in the context of leading a good life and respecting all peoples. Their words reflect basic human values which are inherent in all of us and which sit uncomfortably alongside our natural preference for survival. But, the dire predictions of the prophets of a loving, vengeful, just, merciful and omnipresent god, of end times, pestilence, earthquakes, leading ultimately to the destruction of the planet are just silly and utterly without foundation. To suggest that “God spoke to these people” in the literal sense begs the question: then, why not today? It begs the question: what good has it done? It begs the question: why would an all loving all powerful Creator leave His existence open to debate? Stephen Hawking’s assessment that our Sun will burn out in 5 billion years time makes sense; life is finite. But, to invent some afterlife where we will all be reunited in happiness or despair depending on our actions on this earth is pure superstition. It is also wicked. It smacks of everything that is rotten about humans and how we view our fellow humans. To consign the evildoers of this world to an afterlife of everlasting torment is wicked (something only humans could invent). To believe there is some good in the Catholic Church is reasonable and believable although it’s hard to find; Buddhists, Muslims, Hindu’s likewise. We are all trying to express meaning. But, just because we try, just because we develop a complicated theology to explain what we believe to be meaning, DOESN’T MEAN WE ARE RIGHT. Theology is our way of compartmentalising a predetermined belief in an all powerful Creator. It is fine for those who believe and good luck to them. But that doesn’t prove God exists.