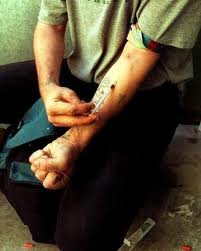 This is not the first time someone has tried to demonstrate the folly of our approach to tackling the drug problem in our society and doubtless it won’t be the last. I realize too, that the emotive issue attached to this disease is probably the single most difficult side-issue working against our efforts. Put simply, emotions are not going to help us in the fight against drugs. Emotions are about as helpful as the present, outdated, unworkable, inefficient laws that our governments force the police, and the judiciary, as well as Customs and Immigration to work within, and which plague our community outreach centres.

Drugs kill people, mostly our young; so do cigarettes, alcohol, sleeping pills, motor cars, aeroplanes, kitchen knives and any number of other items we use every day. Yet, of these, drugs are the only ones we outlaw, setting aside that  vast arsenal of prescription drugs we permit for lots of different reasons…some good…some questionable. But, like the ones we outlaw, even the drugs we approve, can be abused and result in death.

So what have we learned from all of this? Nothing, it would appear.

In the 1920’s the United States outlawed alcohol. What did they learn from that? Mostly that it was a very expensive waste of tax-payers money. It diverted law enforcement resources away from other more pressing matters and helped foster new markets for underworld crime. Those who wanted alcohol, found it by various means. Some were so desperate for it they bought from ‘shady’ operators who sold them home-made brew. Some of it was so poorly refined, it killed people. Sound familiar?

So I ask myself: when are we going to demonstrate some maturity here? Does anyone seriously think that the present method of tackling the drug problem is working?  Does making drugs illegal, work? Does that stop the drug trade? Unless you have been living on Mars this last century, you know the answer to that, particularly if your house has been broken into and violated by people desperate to fund their habit. The issue of drug related theft is just one spin-off to these laws that is out of control. There is also the issue of drug related murder, rape, white collar crime…need I go on!

Fifty years ago, 75% of adults in Australia smoked cigarettes. Today the figure is 25%. Did we achieve this by outlawing cigarettes?  No we didn’t. We achieved this through education and rehabilitation. Is there anyone out there smart enough to realize that if drugs were de-criminalized and we transferred all the money we currently spend on law enforcement into education and rehabilitation, we would be no worse off than we are now? Can’t we see that such a relatively simple policy turn-a-round could create the foundation for a more enlightened approach to this insidious ailment?

And what is it that stops us from seeing this?  It’s the emotional approach!  We think of drugs and we fear for our sons and daughters. We must protect them. Time and time again, the fear of our society going to the dogs, and the ever-present threat to our young seems to blind us to responsible, mature, decision making.

Let us for a moment imagine a world where blind fear does not get in the way of responsible decision making.  It begins with recognizing that drugs will always be available and that trying to stop their manufacture, distribution and sale is a waste of time. On the contrary, by trying to stop them, we actually encourage and assist black-markets to flourish.

Why couldn’t we simply licence their manufacture, distribution and sale as three separate entities, or Government manufacture, distribute and sell them as a non-profit concern, or adopt any combination of the two. The prices could be regulated and affordable such that any black-market dealing would be unviable; not illegal, just not worth the effort. Just think of the savings we would achieve in law enforcement; and those savings would be channelled into educating our young to the dangers associated with drugs as vigorously as we have channelled funds into educating our young about the dangers of smoking, drink-driving and so on.

Would those of our young who don’t “do drugs” suddenly rush headlong, at breakneck speed to the nearest outlet to buy cheap quality drugs?  I doubt it. They choose not to smoke now because we have taught them about the dangers. I suspect they would choose not to take drugs for the same reason.

Would those who take drugs today, rush off madly to obtain cheaper drugs to satisfy their addiction? Yes, of course they will! Will some of them overdose and die as a result?  Yes, of course. There’s an idiot on every corner. Would we as a community be any worse off than we are now?

I don’t think so. Would we have solved the drug problem?  No!

But I strongly suspect that over time, we would position ourselves far more effectively to deal with the problem and at the very least, be heading down the right path. And who knows? Perhaps in ten to fifteen years time, when the next generation of potential addicts enter the target market, they might be sufficiently educated and alert to the dangers to be dissuaded from experimenting.