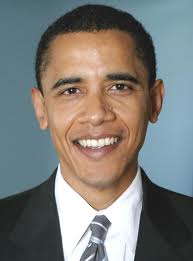 Back in January 2009, amidst all the blissful, idyllic, rapture that we saw both in America and around the world following the election of Barack Obama, I was forced to ask:  what will happen when the euphoria fades and America waits in eager expectation of the much promised change? What sort of change do they expect and how long will they wait?

Americans have always struggled with their image and that, by definition, includes the issue of race. They struggle primarily because their ancestors created the circumstances that brought about the race issue: kidnapping free Africans and bringing them to a place where they were committed to slavery, all of which irks the collective conscience. It’s not all that far removed from the difficulty we as white Australians face in confronting our race issue. Our white ancestors just barged in and assumed control with no interest or concern for the civilization that was already here.

In both cases it is an inheritance of white European ignorance, a lust for wealth and power, and a belief in their own superiority. It existed then and it still exists today. That is why, I think, for Barack Obama, fighting the war on terror will be relatively simple compared to the difficulties he will face convincing Americans and the world in general that he is up to the task. In a nutshell, Barack Obama will have to perform twice as good as any former white president, simply to be judged their equal. The first faltering will bring a multitude of doom and gloom merchants out of the woodwork. Can he live up the hype and expectation?

To succeed, Barack Obama will have to somehow end the war in Iraq and do it in a way America retains its integrity. He will have to outshine Richard Nixon’s clumsy but welcome exit from Vietnam.

He will have to restore America’s economic credibility. That means regulation; something Americans have, in the past at least, abhorred.

Then he will have to address America’s disgraceful record of health care; all this, as the world struggles through a major economic correction his own countrymen caused.

These are his goals, but to achieve successful outcomes, he is going to have to stare down a lot of powerful people. The Military won’t like admitting defeat in Iraq. Big business won’t like him interfering in their wealth-creation agenda, and even a Democrat controlled Congress will gasp at the cost of establishing universal health coverage.

Internationally, world leaders will be beating a path to his office. I suspect he will no more trust them than he would the Republican Party. They want America‘s international image restored from the blundering, bleeping, slipping, sliding, stupidity that has marked the last eight years. But they won’t give an inch beyond their own national interests to help. Their leaders will, however, fight each other to get that all-important photo shot with the new messiah.

He will be urged by his own advisers to compromise at every turn and if he wilts, he will fail.

One has to look back to the election of John Kennedy in 1960 to recall someone with such youth, enthusiasm and charisma, someone capable of galvanizing a nation and leading them to the Promised Land. Kennedy tried to teach America a new way of communicating with the world. He refused to wilt and paid the ultimate price. The problem for Barack Obama is that his concept of the Promised Land is in stark contrast to those whose interests he will threaten. Meanwhile there are strong forces within the US that hide behind that thin veneer known as the ‘Christian Right’ who wait for him to show the way, and hope he will fail. Despite Obama’s electoral success, there is a strong element of suspicion and distrust among the masses; ignorant people who express their concerns in covert terms suggesting he is a Muslim, a terrorist, and perhaps worse, fear that he might just be a thoroughly decent bloke. It’s easy to recognize them. They usually begin by saying… “I’m not racist but….”  Deep down, they just cannot cope with the idea of a black president, their president. Staring them down and reforming an ailing empire will define his presidency.